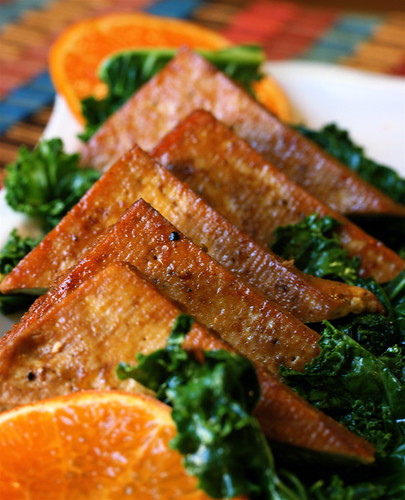 Just a brief update: more ticket are available right now!! If you want to go to Secret Kitchen, this might be your last chance to secure a seat!

I can assure you that the food will be fantastic. Who can say no to an 8 course gourmet vegan dinner at a super fun (and secret!) location with an awesome band for only $35?

Hope to see you there! 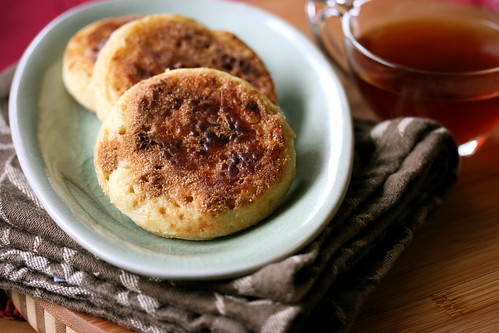 I love trying new things. There has been much talk of crumpets over on the PPK forums, so this morning I did some research, threw a batter together, bought some cooking rings while it was rising and made crumpets like there was no tomorrow.

Crumpets are like a cross between a muffin and injera (a spongy, Ethiopian pancake that’s covered in tiny holes). They spend the majority of the time cooking slowly on one side, and the batter is contained within rings until it’s set. The yeast produces bubbles in the dough that make little holes when they escape, giving crumpets their characteristic look and texture.

I sprinkled these with cinnamon and sugar and put them under the broiler for a couple minutes; it was such a lovely breakfast! You can also eat them toasted with earth balance and jam. A special thanks to Amanda for the amazing jams she gave me! 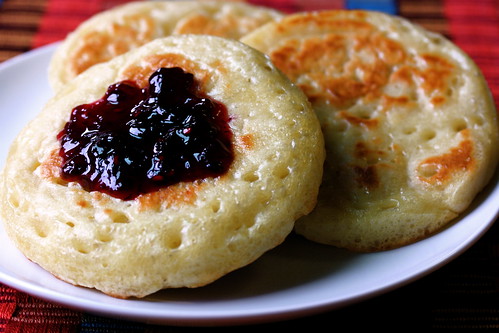 You’ll have to wait until the cookbook comes out for the recipe. Rest assured that my testers have pledged to try it out and make sure that it’ll be worth waiting for! If you want to try something similar, head over to Cherie’s to take a look at her fantastic English Muffins. While the end result is different, the process is similar!