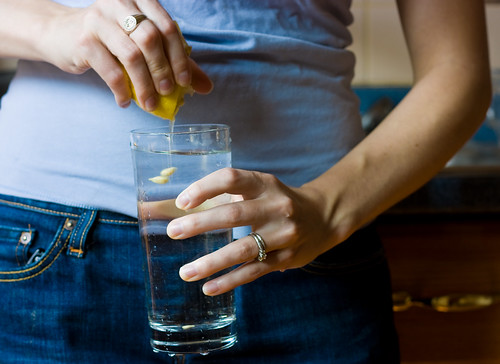 It’s well over 90º outside. I live at the top of a three family home, where the flat roof and lack of attic does a bang up job of trapping all the building’s heat in my living space. We have a few feeble fans running throughout the apartment, but there’s not much we can do during the hottest part of the day, especially during a heat wave.

The desire to cook is slowing ebbing out of me, so I wanted to take this opportunity to announce that VegNews Magazine has named me one of the top veg blogs of 2008!

You can find me and the 20 other bloggers who won in their July/August issue. I’m going to be at the launch party in San Francisco with my husband on June 26th, so if you’re there and you see a young-faced woman with short blond hair with a huge camera on her shouder, do come over and introduce yourself!

I thought I’d direct you to some no-cook or low-cook recipes in case you’re also caught in the heatwave. Here are some from the archives: 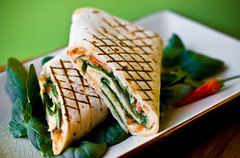 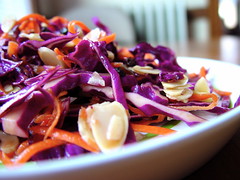 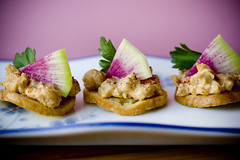 I won’t blame you for eating all the Chickpea Salad 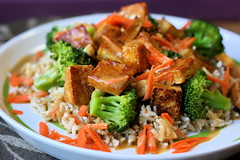 A stir-together peanut sauce that’s good on everything 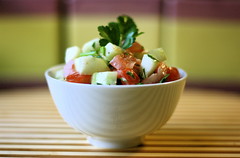 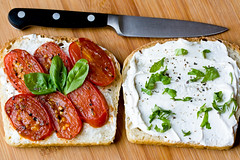 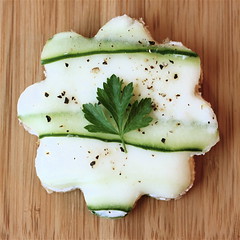 I’ll be back with a new recipe later this week!