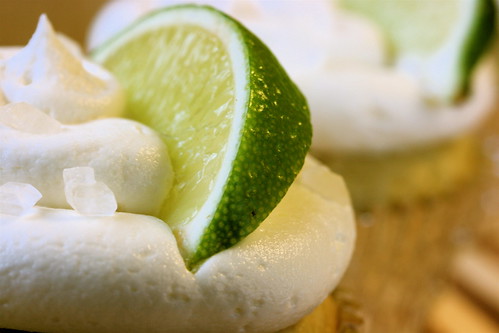 I was invited to a Cinco de Mayo party where the main drink served was mojitos. Who says we can’t have a Cuban drink on a Mexican holiday? I’ll drink a mojito to celebrate any holiday! And I’ll certainly never turn down a mojito cupcake.

I modified the golden vanilla cupcake recipe from Vegan Cupcakes Take Over the World, and I was super pleased with the results. I infused the soymilk with spearmint and lime juice, added rum and lime zest to the batter, and the frosting is flavored with dark rum instead of vanilla extract. The result is a totally delicious grown-up cupcake. I would have used fresh mint leaves had they been available, but thankfully the dried ones work just fine. Do try to find spearmint as opposed to peppermint, fresh or dry, as that’s the proper mint for your mojito (be it beverage or cupcake!). 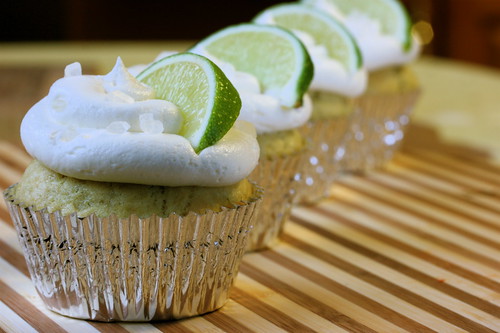 Prepare “vanilla” cupcakes as the directions state, with the following changes:

Grate the zest of 1 lime into the dry ingredients. Heat the soymilk in a small sauce pan with the dried mint. Bring to a boil, then turn off heat. Let stand for 5 minutes. Pour soymilk through a strainer back into your liquid cup measure. Top off with more cold soymilk if it no longer measures 1 full cup, as some soymilk may have evaporated while the mint was steeping. Add lime juice and rum to this mixture. Proceed with regular directions.

For the rum buttercream frosting, omit the vanilla extract from the fluffy vanilla buttercream and use 2 tsp dark rum and 1 Tbs lime juice instead. I use the entire box of powdered sugar and a splash of soymilk to get the consistency I like. Garnish with mint leaves if availble, lime wedges, and granulaed sugar. Feel free to squeeze your lime segment over your frosting before you eat!

Keep in mind that garnishes such as lime wedges and mint leaves won’t look good if they sit for too long on top of your cupcakes before being served. Save decoration for the last minute if you’re using these garnishes. 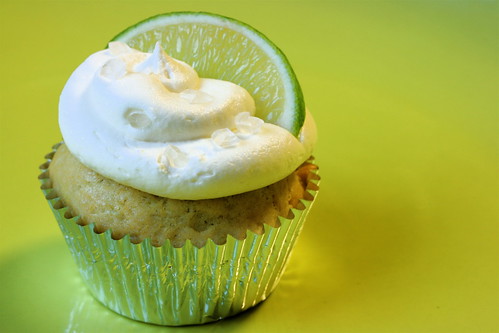