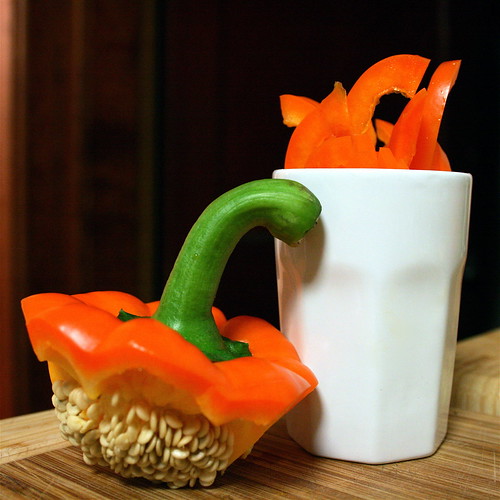 There really isn’t a wrong way to cut a pepper, but this way makes it easy to deal with the seeds and the ribs. This method isn’t going to work for you if you want pepper rings, but it’s great for all other types of cuts. 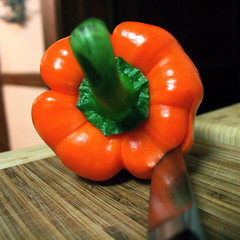 Start by cutting a circle around the top of the pepper, following the top edge all the way around. 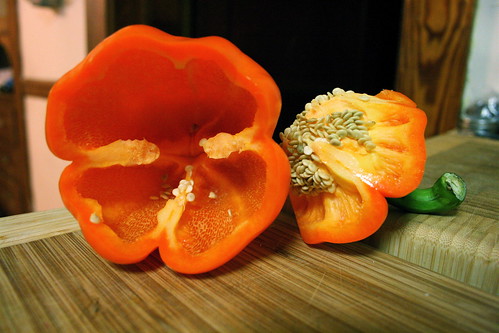 Pull the top off by the stem and discard the it. There might be a few seeds left inside the pepper, but the majority of them should be on the top. Look at the inside of your pepper. See the white-ish ribs? That’s where you want to make your cuts. 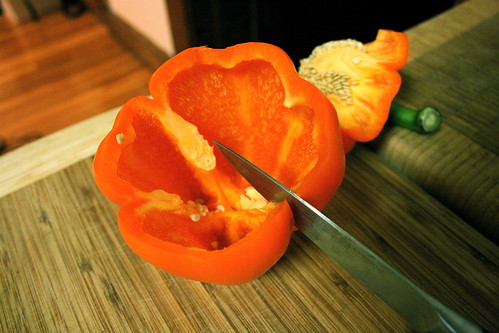 Slice down the middle of one of those ribs, making sure the point of your knife lands on the bottom-center of the pepper. Continue slicing down each rib, having each slice end at the same point. 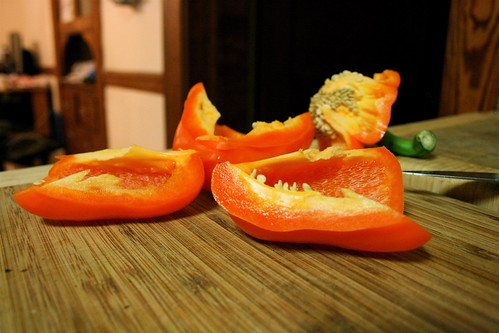 Your pepper should be in 3-4 pieces now (depending on how many ribs it had), and the edge of each piece should have part of a white rib on it. 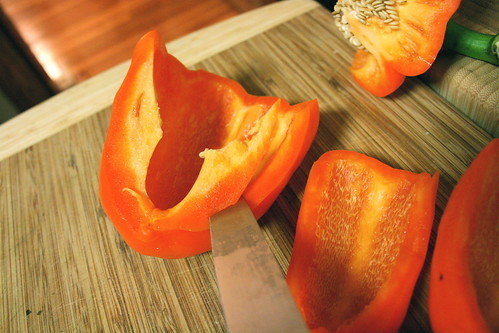 Begin slicing off the ribs from the edges of each piece, starting at the top and slicing in a U-shape all the way around until the rib has been removed. Here is another view. See the piece next to the pepper I’m cutting the rib off of? That’s the finished result.

Had you not sliced down each rib, the ribs would have been in the middle of your pieces instead of at the edges. Since a pepper is curved, it can be had to remove the ribs if they’re in the middle of the pieces. Obviously it’s not a tragedy if this happens, but since it takes no more effort or time to cut them this way, why not do it?

You should now have 3-4 seed-free, rib-free pepper pieces perfect for slicing into strips, chunks, whatever shape you want.